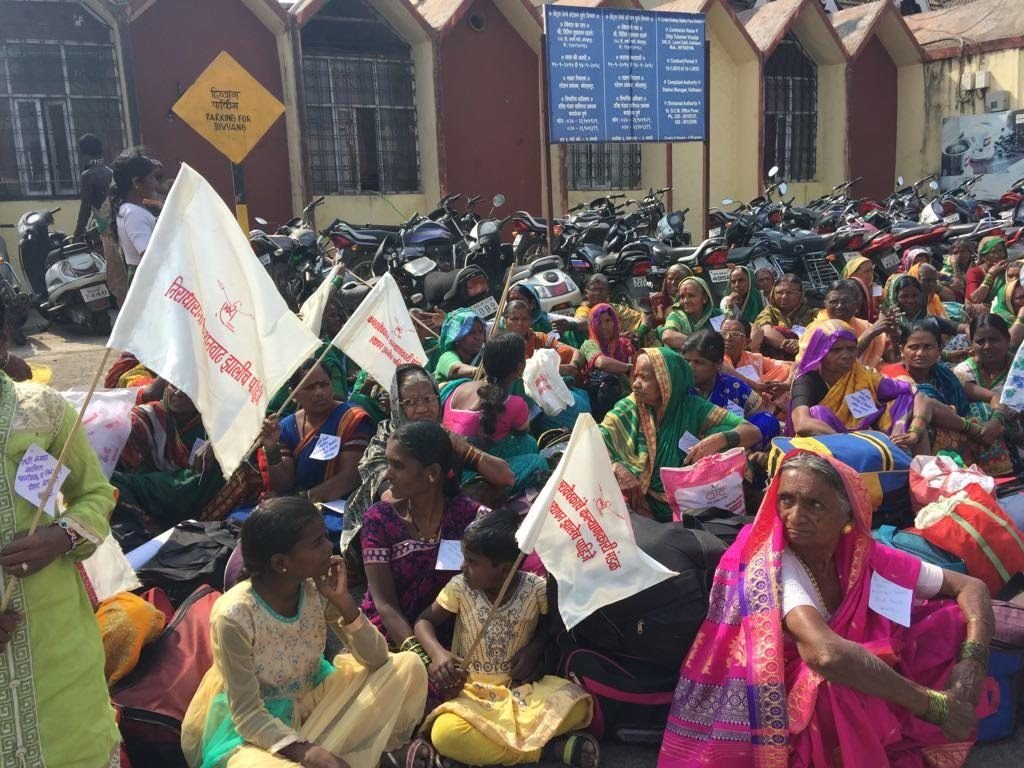 Last month, 450 waste pickers from Kolhapur traveled to Nagpur (800 km one way) to put their demands before the state government during the legislative assembly section. During these sections, which are conducted every winter in Nagpur, important decisions are made and state policies are formed.

In December, Avani staged a protest in Nagpur by bringing 450 women waste pickers to the city by train. They arrived in Nagpur on December 21 and walked 3 km from the rail station to the legislative assembly to present their demands to the social justice minister of state. At first, the minister refused to see the women, so they became aggressive. The minister then appeared and accepted the demand note from the waste pickers.

He agreed to work on their demands in the next three months. Police threatened to arrest the women, but they didn’t care. This was an eye-opening experience for the waste pickers, and they left feeling very confident.
Share On:
Previous Post