Grateful donor gives back to Avani 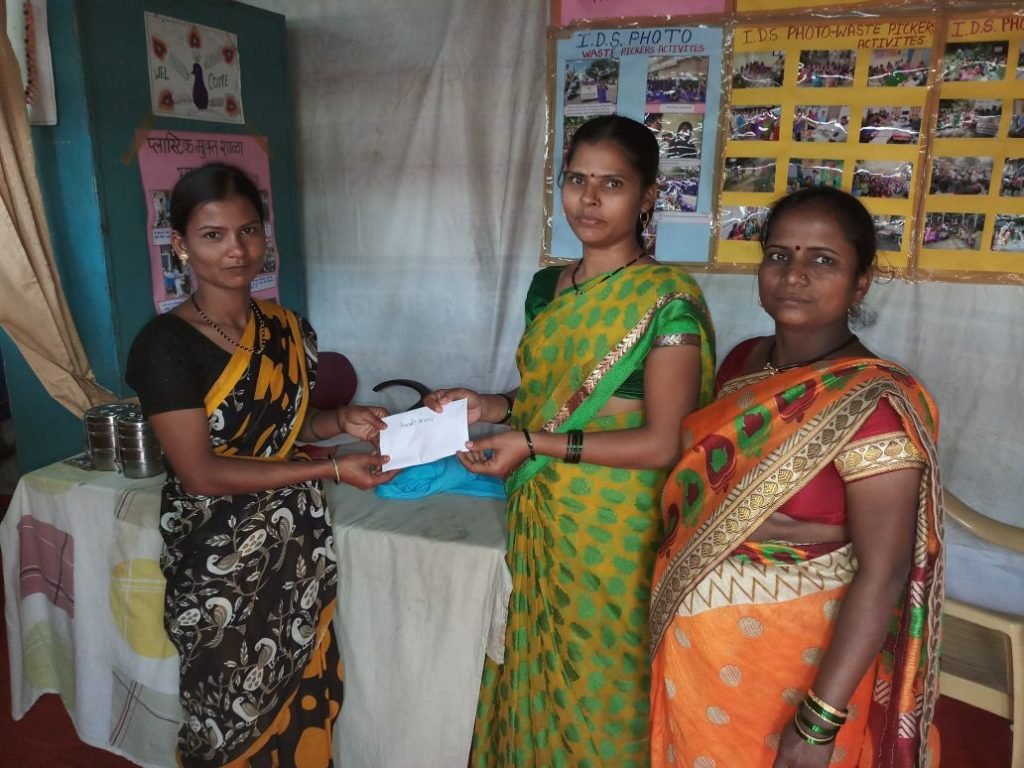 IDS recently received this photo and the story behind it from Anuradha Bhosale, director of Avani, an NGO in Kolhapur, Maharashtra, which works for child rights. IDS has supported Avani for many years.

The woman at left (in the black sari) is a waste picker. She lost her husband two years ago. She has three children, all under six years of age.

Avani helped her obtain support from the social security schemes of the state government. As a result, she will receive 900 rupees per month from the government from now on. She was very thankful for Avani’s help and showed her appreciation by making a 500-rupee donation to Avani’s children’s home. At the moment, 40 children live in the home, and 21 of them have lost both parents. On behalf of Avani, Anuradha says, “I admire her heart and salute her.”
Share On:
Previous Post

Meet IDS representatives at the International Service Summit on February 10