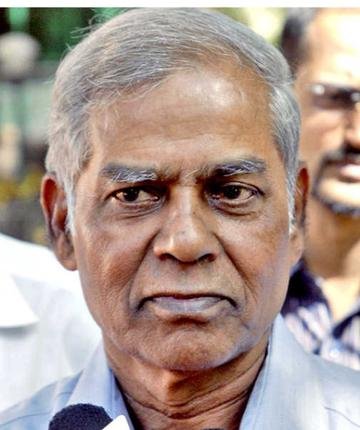 Though S. R. Hiremath is perhaps best known worldwide as a crusader against the illegal mining mafia in Karnataka state, we know him as one of the people who founded India Development Service a little more than 40 years ago. He’ll be visiting the Chicago area in June and meeting with members of the IDS board.
After receiving his bachelor’s degree in mechanical engineering in 1967, Hiremath moved to the U.S. to study operations research at Kansas State University. He later received his MBA from the Illinois Institute of Technology and worked as an investment banker in the Chicago area until he returned to India in mid-1979. He settled with his wife and two children in a small rented house in Dharwad, the area he’d grown up in. He sent his children to the village school, and he and his wife became involved in development work.

“You cannot live in a city and claim to work for the rural poor. That doesn’t happen. If you really want to work for people in rural areas, you should live in a village and experience their living conditions, understand their way of life. . . .”

In addition to his young family, Hiremath brought along $33,000 in funds donated by IDS supporters in the U.S. The money was earmarked for projects in rural development and women’s empowerment in India. Hiremath registered a non-profit organization called India Development Service (International) and began working to empower the socially and economically backward.
For more information about S. R. Hiremath’s life and work, please click here to read “Man with a Mission.” This 2013 article is lengthy but well worth your time.
Also, click here to listen to Jerome McDonnell’s April 9, 2015 interview with S. R. Hiremath in Bangalore.
Share On:
Previous Post

IDS partners with GRAVIS to help miners in Rajasthan