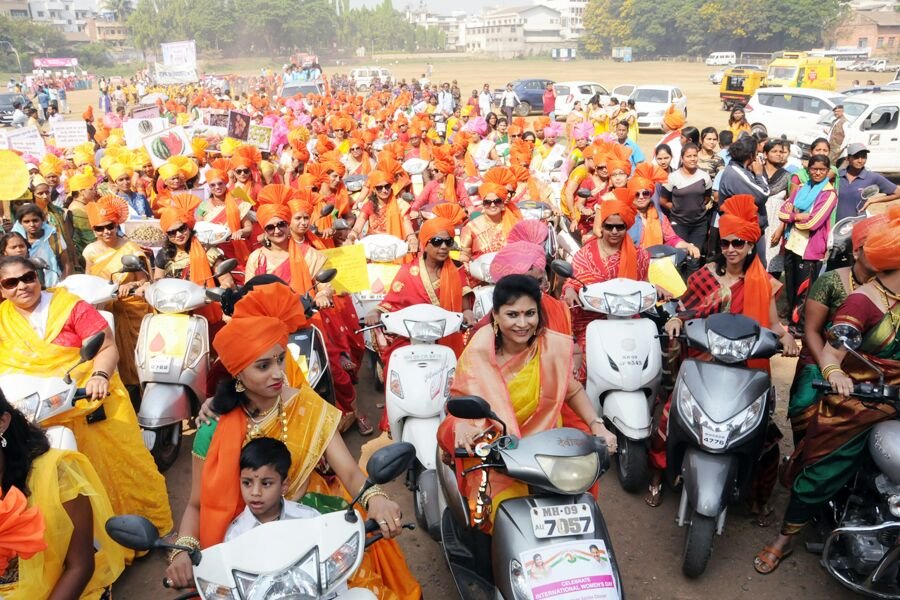 The goal of the rally was to raise awareness of different issues related to women. Avani, an NGO that champions the rights of women and children, focused on the constitutional rights of women of every religion. According to Avani’s director, Anuradha Bhosale, the rally raised the profile of waste pickers. “They are organized now and coming out and mixing with other groups. Society is accepting them,” she says. “That is important for us!”