Scenes from Student Life in Indirapuram 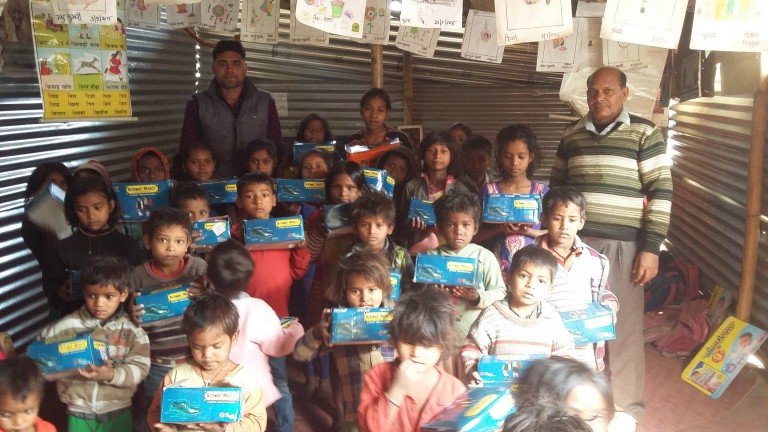 Municipal corporations are responsible for handling the daily waste generated in India’s cities. However, according to the latest newsletter from the Indian Pollution Control Association (IPCA), these corporations accomplish only about 50% of the job. Taking care of the remaining waste is a task that falls to rag pickers, people (including young children) whose livelihood depends on rummaging through garbage bins to pick out useful material.

pickers are considered the most vulnerable category of India’s working children. They often miss out on many common childhood experiences such as getting new shoes or attending school.

However, that situation is changing for children in the IPCA-run school in Indirapuram. Here, students progress from working in the waste dump to working in the classroom; later, they graduate to become students in the government schools.   Sets of new shoes are purchased periodically and distributed to classes. These IPCA students received their shoes early in 2016.

IPCA Initiative: Even We Use Waste Bins

IDS partners with GRAVIS to help miners in Rajasthan